Synthetik is game with a lot of unique mechanics, some of which may be unfamiliar for seasoned shooter players. It is important to become accustomed to the intricacies of Synthetik if you wish to take down the Machine Legion and stop Armageddon. Below is a basic overview of all the things you should get familiar with when starting the game for the first time. 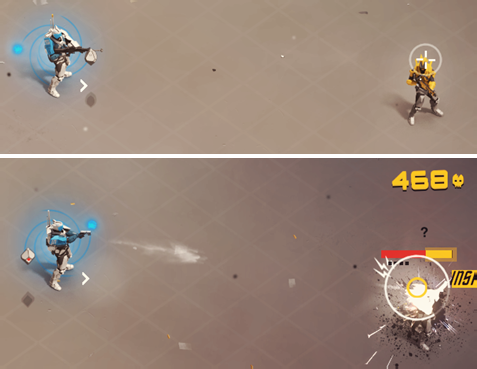 The User Interface and Related Mechanics[]

It is important to familiarize yourself with the heads up display (HUD) elements, as they will provide you with much needed information both in and out of combat. 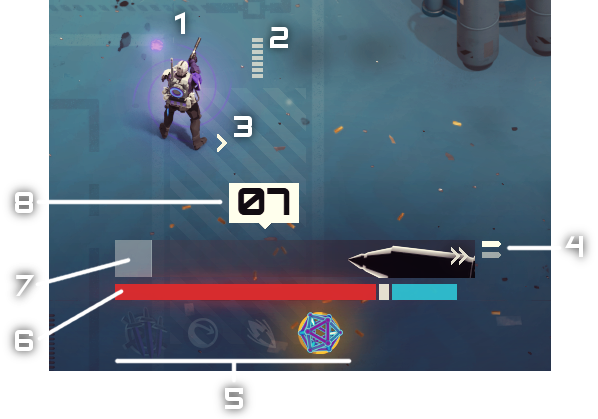 The Target Reticle and Active Reloading[] 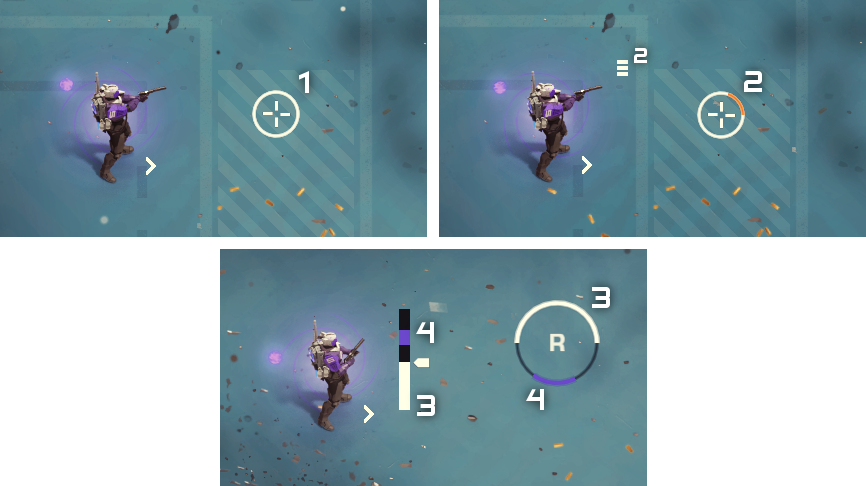 Reloading is a core mechanic in every shooter game, but Synthetik emphasizes it even more. For most weapons, there are three steps to reloading. By default keybindings, the player presses E to eject the magazine (and any bullets left inside), then R or Space to begin the act of inserting a new magazine. As the bar (3 in the table above) fills, the player then tries to press R or Space once more when the white bar is within the active reload area (4 in the table above). Achieving active reload will give some minor stat bonuses until the original magazine size is depleted, i.e. a weapon with 45 magsize will only have the bonus for 45 bullets, so any extra bullets regenerated will not gain the bonus.

Manual ejection can be turned off, but it is not recommended by the game. 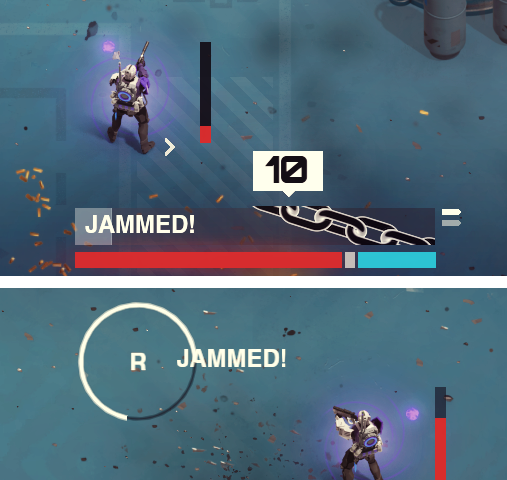 Your weapon may jam at any time, as long as the Weapon Jamming difficulty modifier is activated. To clear a jam, simply mash the Reload key (default R or Space) until the jam clears. You can also clear most of a jam by continually trying to fire however this will take significantly longer and will still require a single R press when the jam is 99% cleared. Clearing the Jam will instantly reload the gun and save the previously remaining bullets. 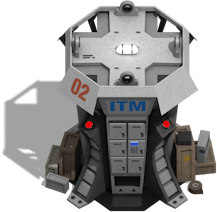 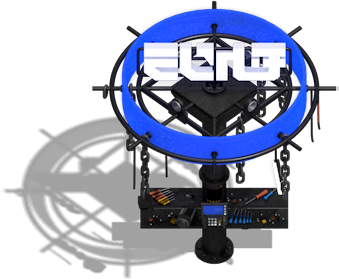 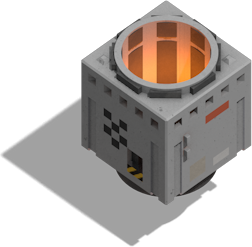 Throughout the run, you will have the chance to acquire and upgrade many kinds of Weapons and Items, as well as enhance the base stats of your android. These helpful tools can be found in a few ways, including Chests randomly found in levels, Shrines where you can buy them for credits, or as random drops from enemies. Items can be given more power at Item Upgrade Shrines. Android perk and stat upgrades can be found via Module Pickups, special chests, and certain item passives. Weapons can be given stat boosts at Weapon Upgrade Shrines.

Weapons can also gain Attachments that both enhance their power and change the way they function. Look out for the blue upgrade kits (most commonly dropped by enemies or bosses) to obtain these enhancements:

Upon obtaining the 'Supply Hack' research, the player can alter spawnrates and improve the quality of chosen items and weapons when found. Each set of weapon and item hacks is tracked separately per player class. (i.e. Engineer can have a different set of items affected than Heavy Gunner or Breacher.) Legendary items cannot be affected by occurrence arrows. 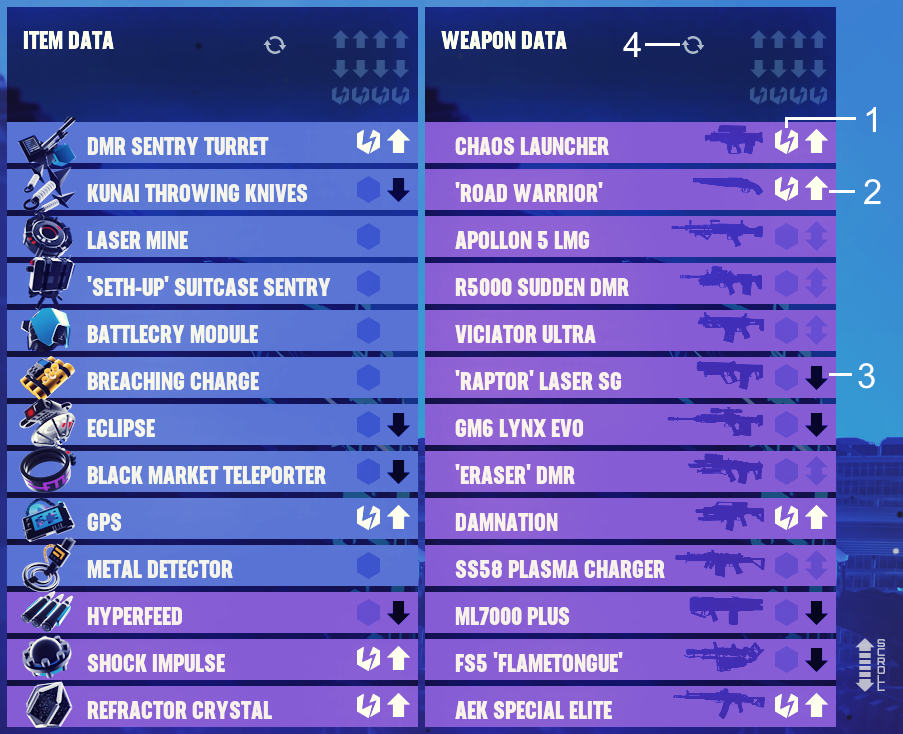 Every single class has an independently tracked XP bar which will have intermittent rewards every level, with milestones each 5 levels up to 25.

XP is earned by killing enemies, and all XP gain is multiplied by the difficulty modifier.

The Class selection menu can be opened by pressing TAB on the main menu. The class abilities are always displayed. (See individual pages for ability breakdowns.) 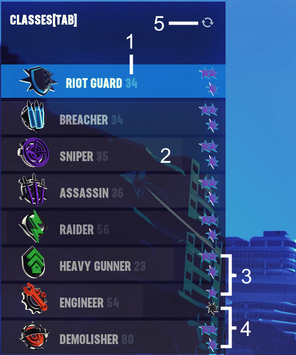 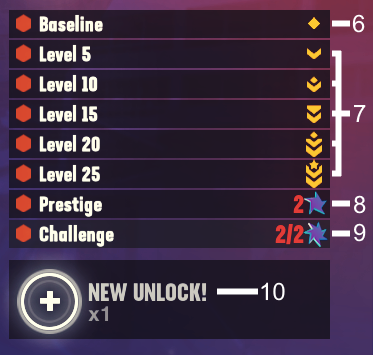 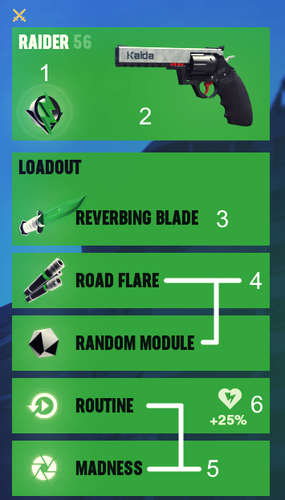 All class groups have different available items, modules, and pistols that can be selected before a run. - See individual class pages for specification.

There are some progression values which are tracked and can be seen in the main menu: